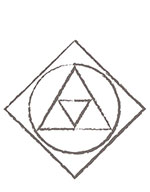 While working for more than 20 years as a personnel manager, I saw many times what the effects of illness can be on those affected, their colleagues and on the entire company. If pressures get out of hand, the drain on one’s energy from private and professional stress factors can, for many people, no longer be countered.

Through my initially purely private interest in Ayurveda, I have recognized that the millennia-old science of life and health with its holistic, preventive and individual approach not only in the private, but also in the corporate context answers many questions to supports a healthy and fulfilling life.

When I took part in a two-day ayurveda foot massage workshop in Zurich in September 2012, I could not have known that years later, I would work as certified Ayurveda Complementary Therapist and lecture for nutritionist. Originally, just like every year, I wanted to do something I’d never done before. Since then, I have been taking part in continuous training.

In March 2016, I completed my diploma as an ayurvedic chef at the European Academy for Ayurveda in Birstein, near Frankfurt. In April 2017, I passed my diploma to become a holistic ayurveda diet and health coach. In Spring 2018 I joined courses at Tilak Ayurveda College in Pune und All India Institute of Ayurveda in Delhi. In 2019 I successfully passed a basic medical training and became an Ayurveda Massage Practitioner.

I grew up to the south of Munich and after going to a music grammar school, I studied law. Since 2005 I am living in Switzerland since 2005.

In Switzerland I am EMR certified.